Protesters hiding from security forces shooting at them, Source: Twitter

This morning we received this message from Iran:

“The regime in Mahabad is committing crimes, please inform and tweet. Be the voice of Mahabad. Urgent Urgent. #Save_Mahabad“

And this is happening there right now:

Kurdish rights groups on Sunday warned of an impending massacre in the Kurdish city of Mahabad in western Iran as a large number of Islamic Revolutionary Guard Corps (IRGC) units attacked the city with armored vehicles on Saturday night, hunting down activists that have defied the regime.

Videos from the city on Saturday showed thousands of mostly young men barricading the streets of the city preparing to confront the IRGC and its militia, the Basij. The IRGC and the Basij attacked protesters across the Kurdish areas of western Iran (Rojhelat), killing at least 26 protesters including children during four days of unrest. 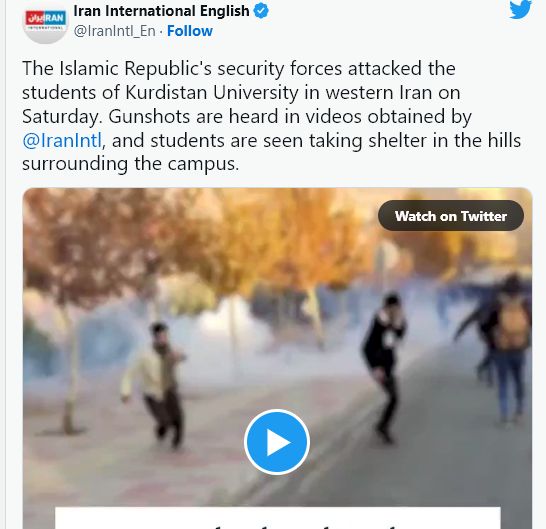