In 2019, the author visited Hamid Ghareh-Hassanlou and his wife in Tehran. Yesterday he found out that the Iranian doctor was sentenced to death because of his participation in the protests.

Three days ago, 23-year-old Mohsen Shekari became the first person to be officially executed in Iran for taking part in the protests that are currently taking place. With this, the cruelty with which the regime is desperately trying to fight the protests has once again reached a new level. Mohsen Shekari was found guilty of injuring a member of the Iranian Basij militia and waging “war against God”. Lists are circulating with the names of at least 38 other people, including three minors, who face the same fate for their participation in the protests. In addition, there is a much higher number of people who have been sentenced to death by the Iranian regime under false pretences such as drug smuggling or terrorism.

Yesterday I received the news that among those sentenced to death is my good friend Hamid Ghareh-Hassanlou. He is 53 years old, a father of two kids, married and has been a doctor for 26 years. According to reports, he and his wife took part in a demonstration in memory of Hadith Najafi on 3 November. On their way back, they got stuck in traffic, changed their route and passed a place where some uniformed forces of the regime attacked protesters, injuring some demonstrators and even killing two, Nima Nouri and Mehran Shekhari. Ruhollah Ajamian, a member of the Basij, a volunteer militia of the Islamic Revolutionary Guards, was also killed in this violent confrontation. 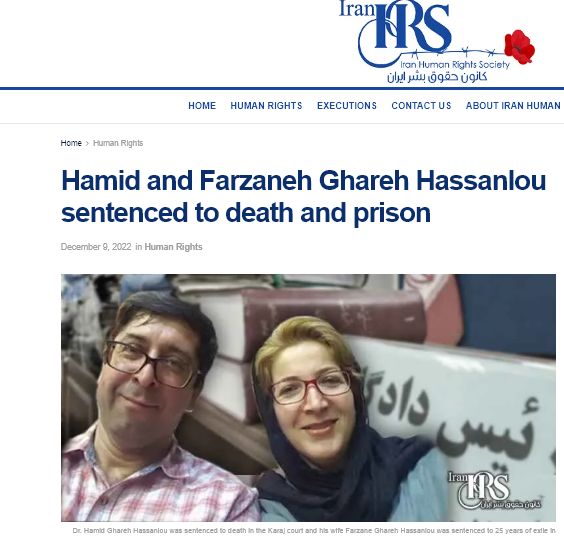 According to the Iranian Human Rights Society, Hamid and four others have been sentenced to death and ten more, mainly juveniles, have been sentenced to long prison terms by the Revolutionary Court in Karaj for their alleged involvement in the assassination of Ruhollah Ajamian. Hamid’s wife Farzaneh is one of the others sentenced to 25 years in Ahvaz Prison. When they were arrested, their house was stormed by the secret police and they were brutally beaten in front of their teenage daughter.

The relentless beatings of the torture have caused Hamid to suffer multiple rib fractures, exacerbating his chronic heart and lung condition. Eventually, these fractures led to internal bleeding, for which he was taken to hospital for emergency surgery. After Hamid regained consciousness following the operation, judicial authorities came to the hospital in the middle of the night to wake him up and deliver the death sentence, Hamid’s brother said in an interview with a local radio station.

The only evidence for the sentence is a false confession forced under torture from his wife Farzaneh – a routine practice of the security forces in Iran. On the first day she would have remained firm, Hamid’s brother recounted, but on the second day the judicial officers told her that they knew her son was in the Tabriz University dormitory, and if she did not confess by tonight that Hamid had beaten the victim, they would arrest her son and he would have to suffer the same torture that she herself suffers, including threats to kill her son. The cases were heard in three hearings over six days before the sentences were handed down. However, it is still unclear when exactly the sentence will be carried out. In Iran, the relatives of those sentenced to death are hoping for pressure from outside to save their lives. 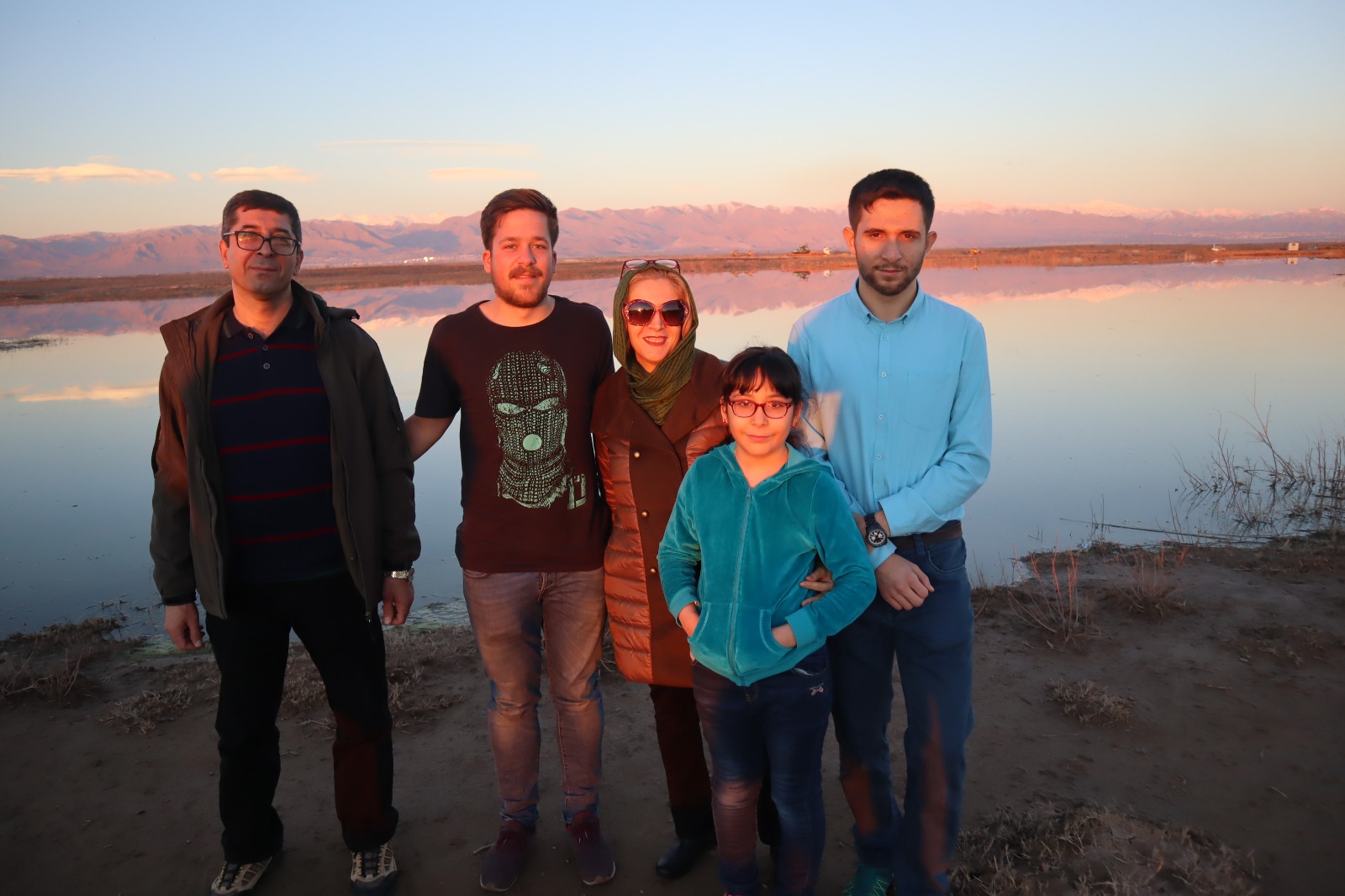 When researching Hamid’s arrest and conviction, many memories of our time together in Iran inevitably come up. Together with a friend, I stayed with Hamid and his family for over three weeks during two visits in 2019. His whole family welcomed us with open arms and introduced us to the hospitable and warm Iranian culture. They were very intense and memorable weeks. We went hiking in the mountains around Tehran and spent many enjoyable evenings together. However, through Hamid and Farzaneh’s great commitment to charity, we were also able to help him build a school in a poor and underserved community in Iran and support families in need after catastrophic floods in the west of the country in summer 2019.

It is unbelievable what the people in Iran have to go through right now. We can only hope that this cruel regime will soon be overthrown and that the Iranian people will succeed in freeing themselves from this dictatorship. Until then, despite all the powerlessness that comes over us in the face of such news, we should take every opportunity to draw attention to the current situation, to share the stories of the victims and to do everything, however little it may be in the end, to show them our solidarity.

This includes signing and circulating this petition for the release of Hamid Ghareh-Hassanlou, even if such actions are unlikely to impress Iran’s rulers, they are a sign that many are thinking of those awaiting death in their cells: 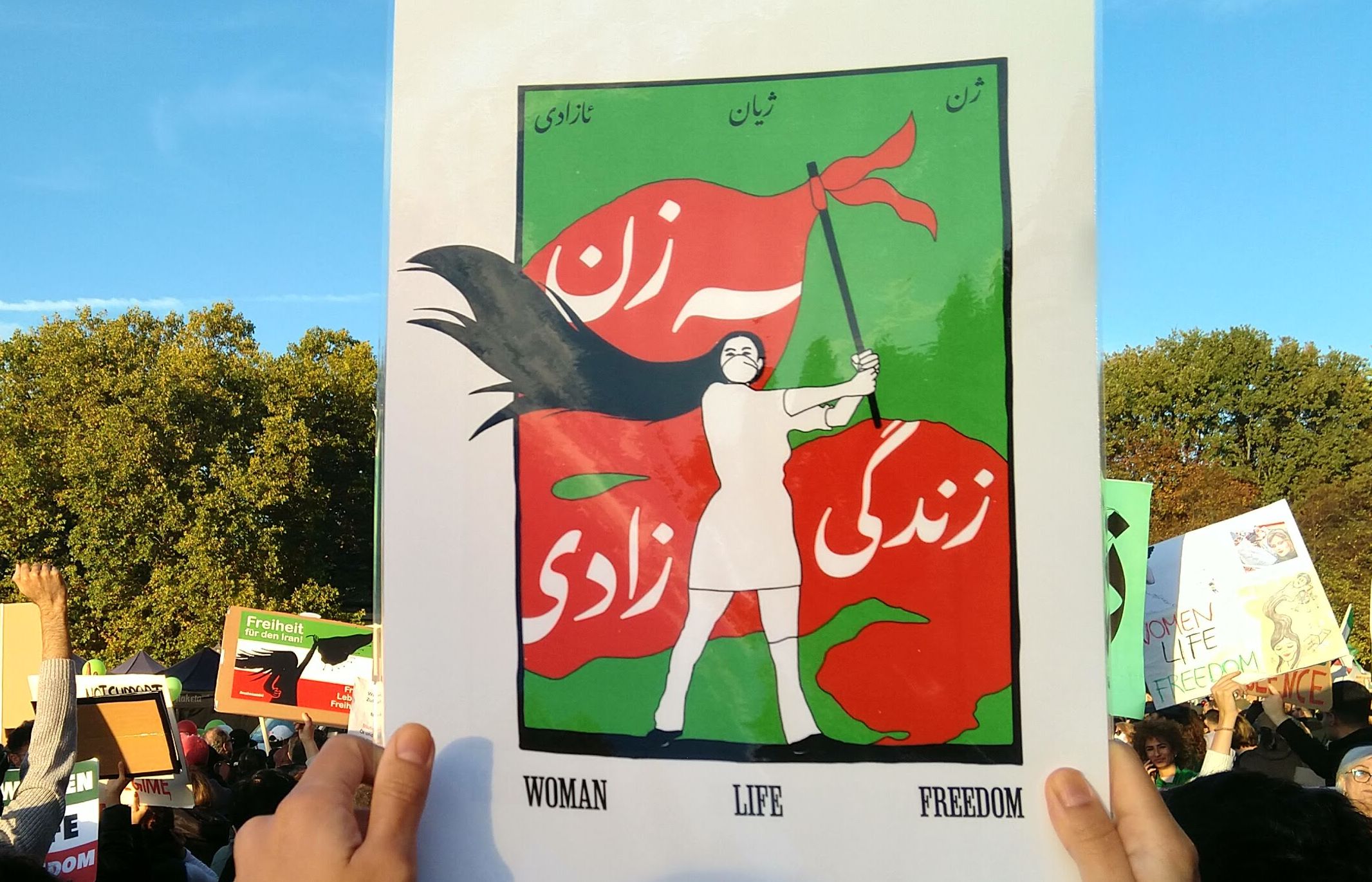 Freedom for Hamid Ghareh-Hassanlou and all political prisoners in Iran!

We rely on private donations to keep our projects running. Donations please either via: