During the 16 Days of activism dedicated to ending domestic violence and violence against children in schools in Wadi organized zwo events in Rania and Arbil.

This call to action highlights the disparagingly high rates of daily violence against women and children especially in the Rania region of Iraqi Kurdistan. All of these activities are part of Wadi’s ongoing ‘No to Violence’ campaign, a campaign to change the culture of socially accepted violence and end violence against children in the schools and the home. You can read more about our efforts here.

As part of the activities we conducted multiple conferences, seminars, videos as well as amplification of our message to end violence with traditional media and social media. Here are a few highlights of the 16 days.

A roundtable discussion on ‘The role of NGOs and the situation of violence in Rania” at the Ranya University of Raparin, which included some 40 participants and a lively discussion on the situation, potential causes and potential solutions for the high rates of violence. The discussion began with a showing of the following film produced by Wadi team members explaining their experiences with the current situation:

Through the discussion there was some agreement on the fact that the region is in need of more training, and more investment from NGOs and the area is rather remote and neglected. There was also an interconnected view of the multiple issues affecting the area as explained by one participant “Air, noise, visual pollution has direct impact on rates of violence, this is not something out of my pocket this is actual research, in the last few months when the janitors protested, the streets were full of garbage, the rates of violence and police reports increased.”

Other participants expressed that “The biggest problem with organisations right now is that all the funds are going to one place, the cities, especially Erbil and Duhok, as if other people are not living in the remote villages.” While several agreed that men needed to be included more in organisations outreach efforts instead of focusing so much on women. 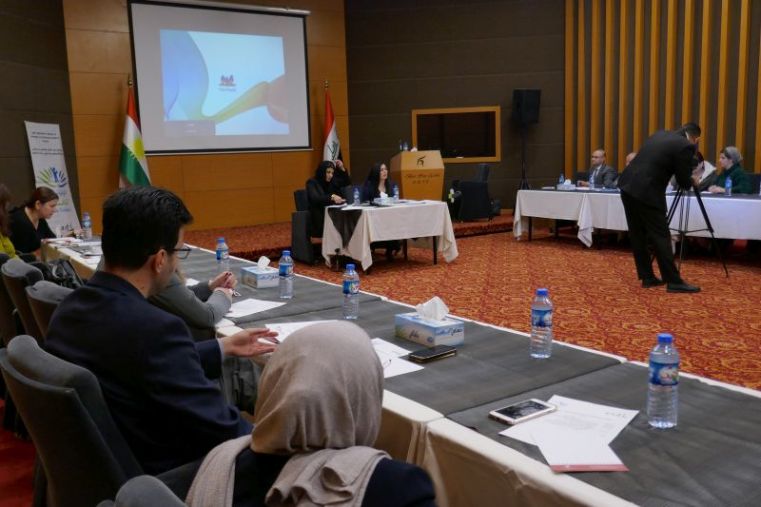 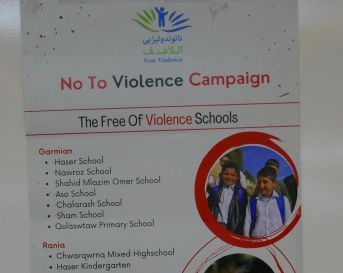 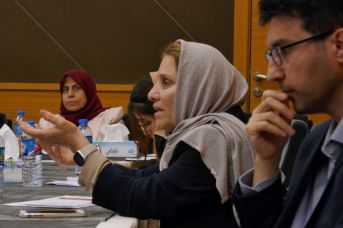 Participants brought up struggles with poorly trained social workers, lack of trust in the ‘system’ and even worse outcomes for children with disabilities as common issues they see hindering efforts to decrease or stop violent behaviour.  Some participants remained convinced that due to poor staffing of teachers at schools violence was still the best approach to maintain order. The discussion was a lively exchange of information and different points of view, with most agreeing that more need to be done to lower the rates of domestic violence and some interested in participating in ‘No to Violence’ campaign activities.

This campaign is currently in need of funds, we have 17 schools interested in joining the program.  Please consider supporting it with your donation.