When Radio Dange Nwe went on air ten years ago, the idea of community-based radio stations was completely new in Northern Iraq. In co-operation with ACDI-Voca and the Spanish Radio Gladys Palmera, WADI encouraged and supported the establishment of an independent community radio station for women and youth in Halabja and Hauraman region. Today, the radio is an integral part of cultural and political life in the community offering not only regular information and discussions on issues that matter to youth, but also a café as a popular meeting place. 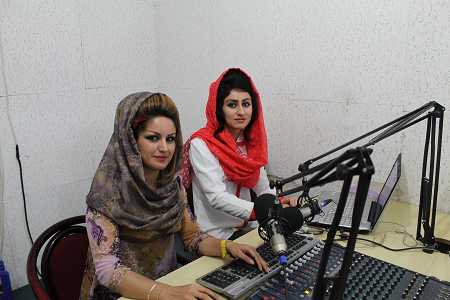 After intensive preparation, the media channel for women and youth opened in Halabja in 2005. The program of Radio Dange Nwe is autonomously prepared by young Halabjian women and men that had participated in WADI’s women empowerment programs before, and are familiar with local problems of youth and women. The radio provides the region with independent news, music, entertainment and reports about gender and youth specific issues. Themes of the program include: human rights, democracy, domestic violence, partnership, divorce, forced marriages, FGM and “honour killings”. Information is provided about health care, pregnancy, contraception and childcare. 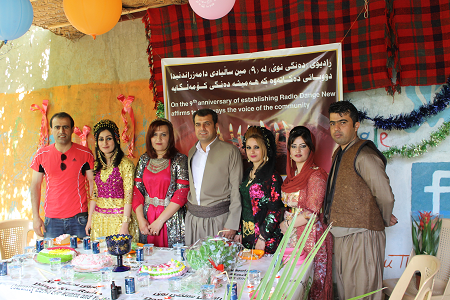 Radio Dange Nwe empowers women and youth by focusing on:

Radio Dange Nwe is one of the few free time activities available for Halabja´s youth. The radio’s team and equipment have already enabled another local initiative to develop: the translation and dubbing of films by young people from Halabja. 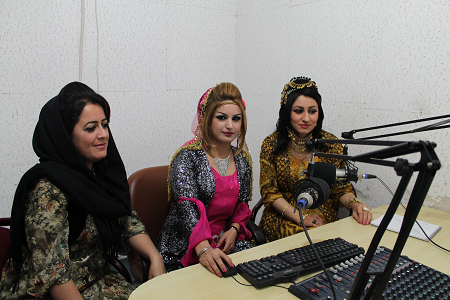 Since 2011 Radio Dange Nwe is more than a radio. It became a meeting point when the media activists set up a youth café in the 200 squaremeter garden belonging to the venue. Besides coffee, the place offers cultural events, literature readings and workshops. Sales of a small bookstore provide some income for the radio.

By focusing on women and youth Radio Dange Nwe is able to raise awareness about their daily and often neglected problems. Giving a voice to women, and helping to raise their status in public opinion. 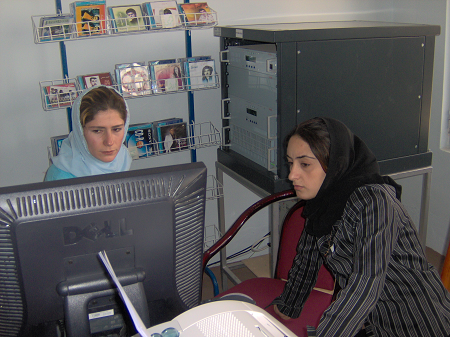 Since February 2016 the Radio is running a special program from and for refugees. It October 2016 was rewarded with the Raif Badawi Price for Courageous Journalism for this program:

In the reasoning of the seven – member jury, it says: “We admire the courage and commitment of the young women who not hesitate to address critical issues and with their program want to support other refugees’’.

Sabine Leutheusser-Schnarrenberger, Member of the Executive Board of the Friedrich Naumann Foundation for Freedom, expressly welcomes the decision of the jury: “The four young women from Iraq and Syria are resolutely taking their future into their own hands, thus showing many other female listeners of their radio program They are an inspiring model that gives women an important orientation in this situation, which is so difficult for them, in their huge refugee camps. Their radio project stands for a promise: freedom through education’’.

In spring 2013, the Radio together with Halabja Women Center founded the independent local NGO Halabja Nwe and is now getting some support from the Kurdish Regional Government. 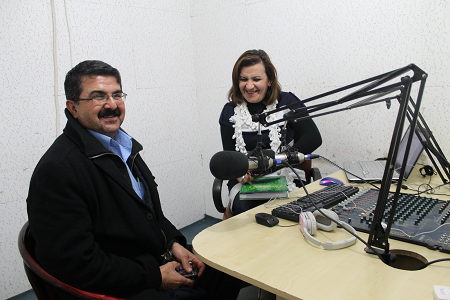 Dangue Nwe is part of Amarc