Eight years ago, on August 3rd 2014, the Islamic State (IS) started their genocical attack on the Yazidis in Sinjar.

Until today almost 200.000 Yazidis still live in camps and only a small number was able to return. Sinjar is still not a safe place to live in.

Back then more than 6000 women and girls were abducted and almost 3000 are still missing.

82 mass graves are so far found with Yazidis killed on site in 2014.
In a memorial event our Yazidi colleagues from Wadi participated to commemorate the victims and demand justice.
Some years ago in 2018 we conducted an interview with Suzn Fahmi from our partner Jinda in Dohuk. Most of what she said is unfortunately still true: 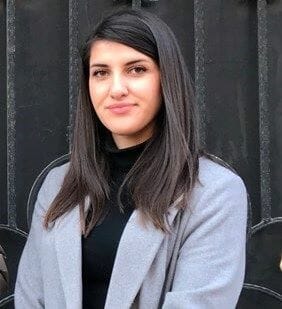 Q: How do you see the situation after ISIS has almost been defeated militarily?

A: The Yazidi community  is still waiting for the return of the girls. They have heard that still many of them are captured in the area of Baghouz, the last holdout of ISIS in Syria. Some families even received phone calls from their relatives who told them that they are hold there. But now, after the liberation, those who were calling are not calling any more. And no one knows why – whether it is due to the fighting and bombing or because they were killed.

I have seen it with my own eyes a week ago, when I distributed food packs in the camps – this sadness.

There are news about the beheading of 50 girls whose heads were recently found.  Then an interview with one of the female ISIS members was aired, who said their leader Abu Bakr al-Baghdadi has announced that in case the coalition does not stop bombing they would kill the Yazidi captives. So the situation could hardly be worse. Some girls managed to escape, others are still in ISIS camps. We don’t know how many are currently in Syria and they cannot come here, because the Iraqi government does not let them pass the border. And some of them in Syria are unable to contact their families.

Q: How many girls are still missing?

A: According to the Office for Kidnapped Persons and Rescue here in Duhok its still about 3000 Yazidi females. 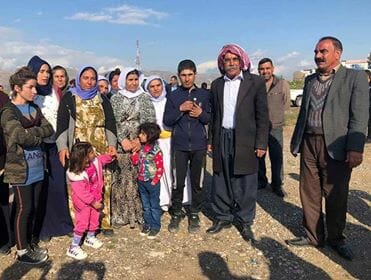 Q: And how many returned in the last weeks and days?

A: Recently we were asked to buy clothes and other stuff for returnees. They were 18 women and 18 children. This was the number of the first two months of 2019, but we heard that in case they open the border, around 25 children and adults will be brought here.

Q: So everything points to the terrible assumption that most of the missing girls are in fact dead?

A:  Unfortunately it seems so. Killed or died during the fighting.

Q: Is the information correct that they found the heads of killed Yazidis? Can  you confirm it?

Q: What is the reaction of the Yazidi families you know an work with?

A: You remember the short video posted widely some days ago? Some Yazidi children were liberated and one was asking: “Did anything bad happen to Shingal”? Obviously not knowing that this town is completely destroyed. For all the Yazidis, this one sentence has brought back all their memories of what they encountered in 2014. For them it is as if it’s happening this year again. I have seen it with my own eyes a week ago, when I distributed food packs in the camps – this sadness. Even the children were not excited to see us, as they were before.

Q: Would you say that the end of the ISIS caliphate is traumatic for the Yazidis?

A: Yes definitely. Sadly even the cases of suicide are on the rise. Since December 2018 we heard of a growing number of Yazidis killing themselves. These recent news are re-traumatizing people. The expression on the faces I saw last week were the same expressions I saw when I started working here in 2014 and 2015. Yes, the traumas are coming back. We have worked with hundreds of girls and followed how they were stabilizing a bit during this time, but now it seems as if this time has not existed, as if they had just returned. 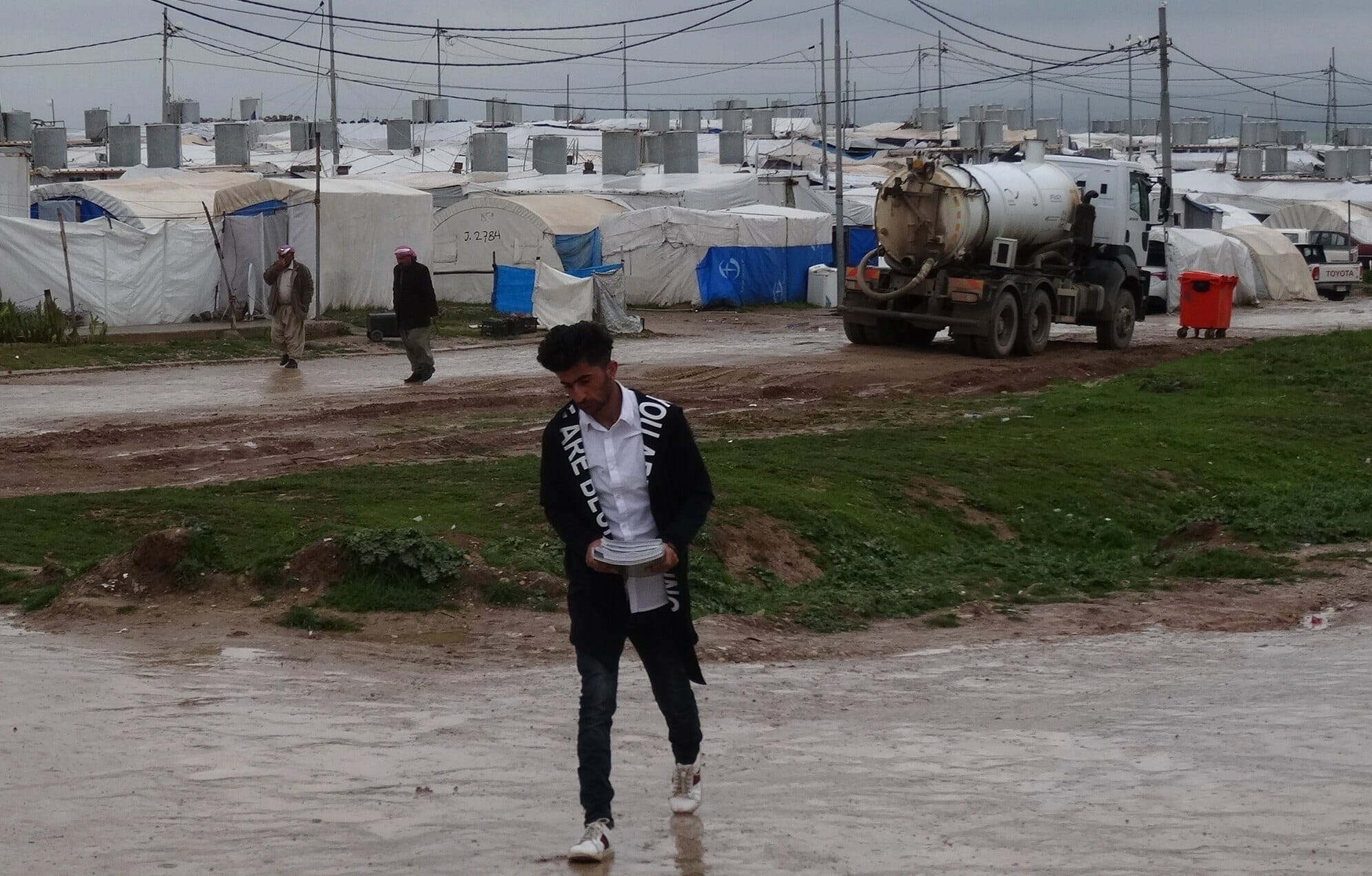 Q: And how do you see the reaction of organizations or Western countries?

A: I am shocked that even after we heard these shocking news, Yazidis are not on the international agenda any more, they are not in the media. Now all the stories are about ISIS, about fighters who are escaping or want to get back to Europe, but no one seems to care about the victims of their genozide any more.

Q: How do you see this extensive media coverage of the fate of the ISIS fighters?

A: To be honest, right now I am hating the media. All this reports focus just on attention and money, nothing else. It’s all about these ISIS people, while the Yazidis are still living in camps. Their situation has not changed much during the last five years. This story has to be told to the world, so they know what ISIS has done. But they just keep on focusing on some stories about rape and murder, not the real story.

Q: And that would be what?

A: Yazidis have lost their families. They have lost everything. Now newborn children are separated from their mothers because they are children of rape. And no solution is in sight because in Iraq according to the law these children are considered Muslims, and the Yazidi community does not and cannot accept that. Even if they want to keep the babies, they have to give them away. So hundreds of these children will grow up without mothers, while hundreds of women will be traumatized for the rest of their life because they gave away their children.

Their homeland, Sinjar, should be secured and rebuilt. They need guarantees for their security.

And then there are all these families waiting for members to come back, who are hearing the news of beheadings and mass graves and start to have death ceremonies because they lost hope. These stories have to be told, but we just read about rape because this word attracts people’s eyes. 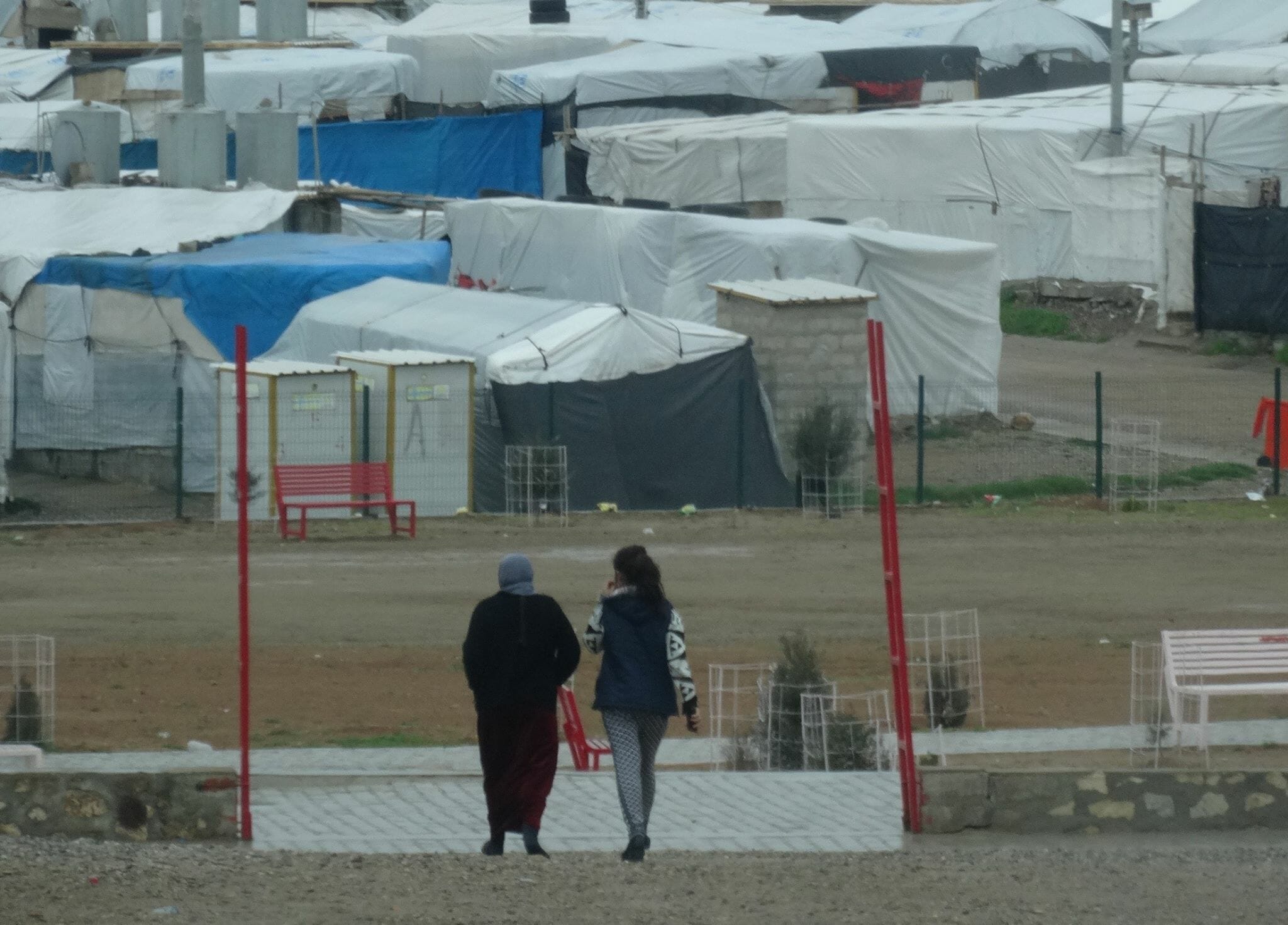 Q: Still hundreds of thousands of Yazidis are living in camps. Do you see any perspective in the foreseeable future for them to return or start a new live?

A: This question is being asked many times: Are you going back? Well, last October I had the chance to visit Shingal and I was shocked: There a no homes, no infrastructure, no water and no electricity. And ISIS was defeated there in 2016! Despite that, a few families went back, one of them stepped on a mine and was killed. And this is scaring people in the camps and discouraging them to go back. The most basic life needs are not existing there. So they prefer to live in a tent in a camp, rather than going back to their hometown or village.

Q: So ISIS was successful with the genocide?

A: Clearly yes. They destroyed this community. Some of them are in Europe, some in Iraq, some in Syria and many dead. They are spread everywhere, separated from each other. And it has been five years now, and I fear it will be the same in ten years. Yes, ISIS succeeded. This is the sad truth.

.Q: So what should be done?

A: First of all, there should be awareness everywhere about it. Look, we are meeting journalists here from well-known papers, and they are even not aware that all this is still ongoing and not a story of the past. They have no clue what the Yazidi community is and has been. And their homeland, Sinjar, should be secured and rebuilt. They need guarantees for their security. And then they have a real chance to go back.

Q: You experienced first hand what ISIS had done to these Yazidi girls and others. So what do you think should be done with the fighters and members that are caught now?

A: Well, I heard some former members of ISIS returned to Europe, and they are continuing with their ordinary life now. And this is what some girls told us: The reason they sold them back to their families was that they needed money to travel back to Europe. So in the end, Yazidi families paid these journeys to get their girls back! I don’t know what to say about all these stories. But of course, they have to be brought to justice. That’s the least the world owes to these girls who went through hell. Then they know at least they are not forgotten. And I believe a special international court should be installed to judge these people.

If you like to support the work of Jinda, please send a donation via Wadi with the subject “Jinda”.

Our partner in Dohuk:

These women-only units are helping girls who escaped ISIS | Fusion

Our Partners in Lesvos: The Moria White Helmets

Projects in Syria and Support of Syrian Refugees

The Afrin School: Where Syrian Refugees Children Can Learn Again