Four years ago Wadi supported our partners NWE to start this campaign. Currently we are working together to open a memorial park in Halabja extending this project.

This is from a report from Kirkuk Now published in 2018:

Activists launch a planting campaign across the world to honor the memory of Halabja in Iraq and Ghouta in Syria, to remember the victims of both crimes.

A statement from NWE about this planting campaign:

To all the humanitarian and environmentalist around the world,

A few days ahead is the 30th year anniversary of Halabja chemical attack at the same time the 5th anniversary of Ghouta chemical attack in Syria. Negligence and silence are dishonoring the two crimes committed against humanity. However, till now politicians and the radical parties are still playing the same disgusting game of spreading fear and hate.

We will not face violence with violence.

With the help of the people in Halabja city, Activists from Iraq and Syria, Kurds and Arabs have decided to commemorate the victims, resist oppression and political greed, and promote peace by planting for the future.

We decided to launch a planting campaign across the world. With the help of citizens we plant for the future, we dream of a region clear of wars, oppression and discrimination.

In the end, we like to thank the head of municipality in Halabja for the land that was given for creating the park. We also like to thank any person or origination locally or internationally that would participates in this campaign and helps us in creating this park even if it is with one tree.

We hope with the end of the 30th year anniversary of Halabja chemical attack in 2018 we all step forward for greening, planting, and achieving peace in the world. 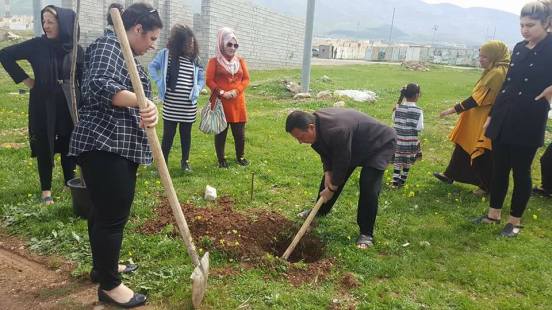 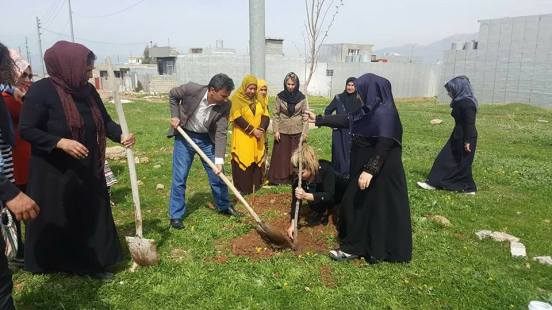